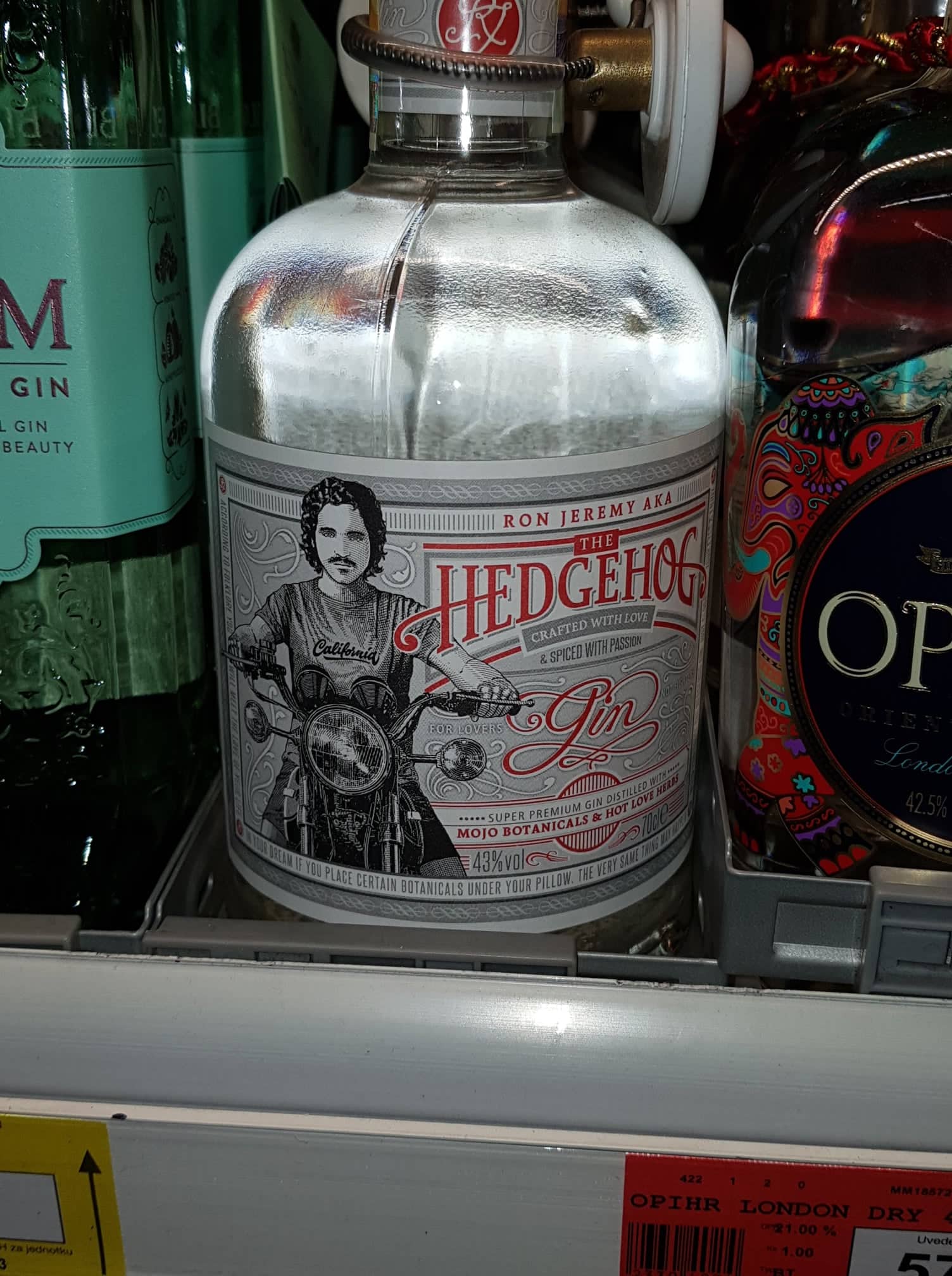 The Hedgehog is the nickname for Ron Jeremy, one of the most famous male adult entertainment stars in the world, making his first on screen appearance back in 1983. Fascinatingly The Guinness Book of World Records list him as making the most appearances in adult films ever, with over 2,000 credits to his name. The nickname Hedgehog was born when Ron headed out on a Motorbike to do a movie in the South California mountains; wearing only a t-shirt and shorts as he thought it was always sunny there. On route it started to snow, and the snow turned into hail and blinding blizzard. He arrived hours late on the verge of hypothermia, and after a life saving shower emerged skin pink with his body hair standing out, just like a Hedgehog. The gin itself is just as as fascinating as its backstory. It's claimed to be the only gin in the world based on "Love Herbs" such as damiana, ginseng, guarana and bergamot. Distilled with 12 botanicals in total including juniper, liquorice, coriander, cardamom, angelica, cinnamon, orange oil and lemon peel, these "Mojo" botanicals create a gin that tastes of warm spices and juniper, and is claimed to keep the romance going.
Nahoru